Daily health tips for the happier Life
Trending Now
How will the UK achieve net zero by...
How to Stop Your Quarantine Online Shopping Habit
Answers To Common Questions About Hiking With Cats
How to Fix Bad Sex With Your Partner
Post-Pandemic Life: What to Expect & How to...
How To Get Started With Hypnosis for Personal...
5 Delicious & Healthy Popsicles for Summer
How To Relieve Constipation Quickly and Naturally
Vanilla Ginger Chiller | The Beachbody Blog
Moving With A Dog – Dogster
Home Health Bill declaring racism a public health crisis in CT wins approval in Senate
Health 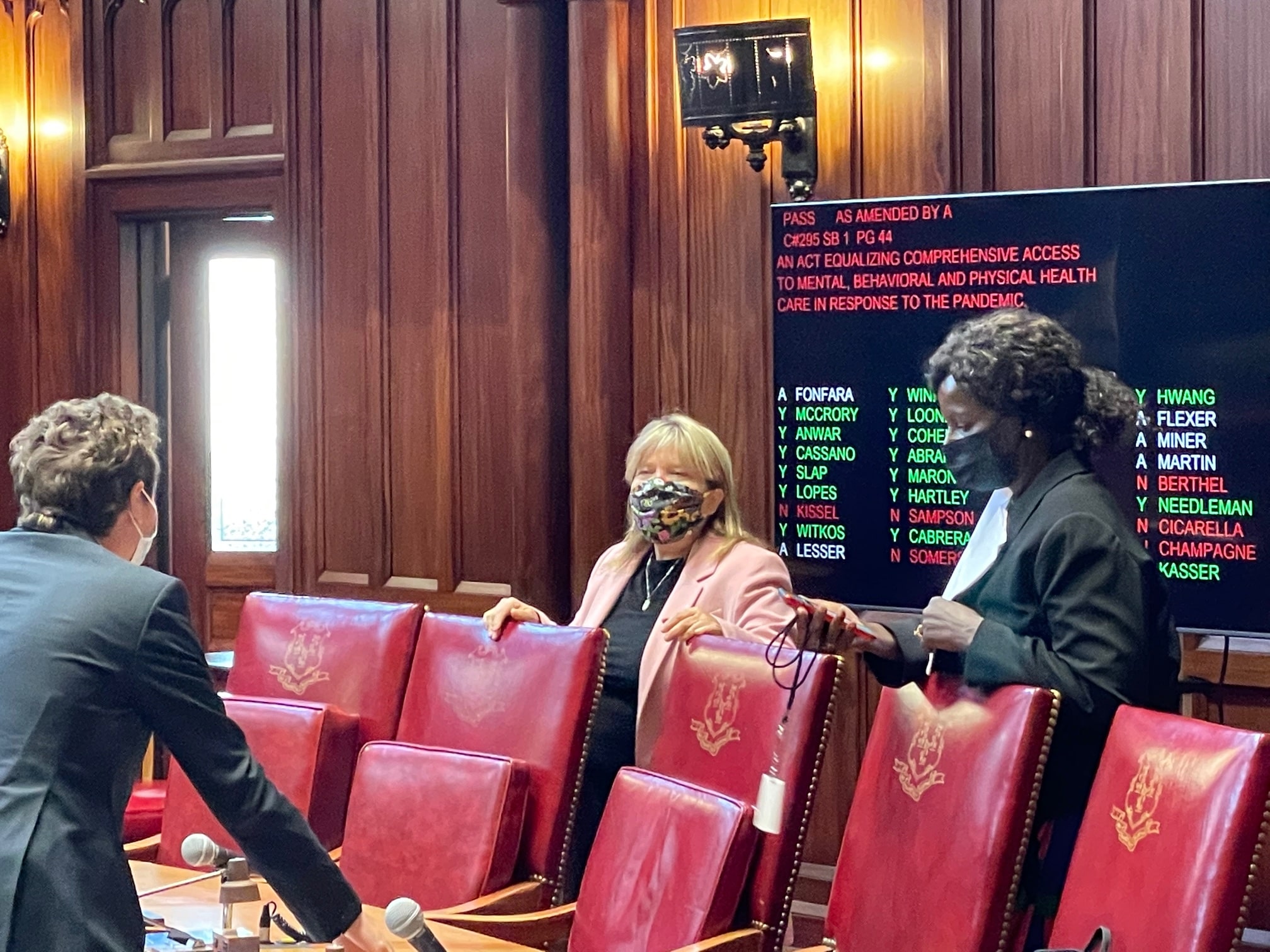 The state Senate voted Tuesday to declare racism a public health crisis and convene a panel to study the effect of racism on health care.

The declaration was part of an omnibus bill that also calls for better data collection on race and ethnicity in health care, requires hospitals to conduct implicit bias training for employees who provide direct care to pregnant or postpartum women, mandates that the public health commissioner study the development of a recruitment and retention program for state health care workers who are people of color, and directs the health department to explore whether to create a certification process for doulas.

The measure also establishes a “gun intervention and prevention” advisory committee to consult with community groups, victim service providers, researchers and others, and identify strategies for reducing gun violence. The panel would be required to submit a report on its findings and recommendations by Jan. 1, 2022.

“There’s no doubt that inequities exist in our health care system,” Sen. Mary Daugherty Abrams, a key supporter of the bill, said Tuesday. “Today we get to decide: Will we perpetuate the status quo? Or will we move forward toward health equity for all?”

The proposal cleared the chamber with bipartisan support. Five Republicans – Sens. John Kissel of Enfield, Rob Sampson of Wolcott, Eric Berthel of Watertown, Paul Cicarella of North Haven and Dan Champagne of Vernon – voted against the measure. The vote was 30 to 5, with one member absent.

After the death of George Floyd at the hands of police, 21 cities and towns in Connecticut, including Hartford, West Hartford, New Haven, Simsbury and Bridgeport, have declared racism a public health crisis and directed resources to study and combat inequities in health care. Nationwide, more than 90 cities and 70 counties have done the same, along with at least four states: Michigan, Nevada, Minnesota and Wisconsin.

For months, advocates have called on Gov. Ned Lamont to adopt the declaration through executive order, though Lamont’s office has said that any action taken via an order is limited in duration.

This week, proponents appealed to the General Assembly.

“If we don’t do this now, then when? And if we don’t do this collectively here in Connecticut, then who?” Tekisha Dwan Everette, executive director of Health Equity Solutions, told lawmakers and reporters on Monday. “In the wake of the loss resulting from this pandemic and the increased awareness of the devastating losses caused by racism, we must declare racism a public health crisis, standardize race, ethnicity and language data, define the doula profession and make sure that birthing people have access to doulas, and take concrete steps to address the racism that is embedded in not only our state government structures, but throughout the U.S.”

Under the proposal, a commission on racial equity in public health would be formed to examine the impact of racism “on vulnerable populations within diverse groups … including on the basis of race, ethnicity, sexual orientation, gender identity and disability, including, but not limited to, Black American descendants of slavery.” The panel would be required to submit a report to the state’s Office of Policy and Management and to the Public Health and Appropriations committees by Jan. 1, 2022 and every six months thereafter outlining recommendations and documenting progress.

The data collection initiative requires state agencies, boards and commissions that gather demographic information on race, ethnicity, language or ancestry in the context of health care to:

“This past year illuminated the inequities within our health systems, and I intentionally use the word ‘illuminate’ because they’ve always been there. But perhaps they existed because they were acceptable practices,” Sen. Marilyn Moore, D-Bridgeport, said Tuesday. “When we address these inequities, we make the systems better for all. … People say you can’t undo racism, but you can create legislation that takes us in the right direction.”

The bill also mandates that the Department of Public Health undertake a review of the state’s response to the COVID-19 pandemic. A report on the findings would be due to the legislature’s Public Health Committee by Feb. 1, 2022 and should include recommendations for policy changes, for improvements in the administration of mass vaccinations, for the utilization of personal protective gear during a public health emergency, for the care of patients, and for conducting outbreak investigations.

Republicans introduced an amendment to the measure that would have required an outside firm to investigate the state’s COVID-19 response.

“Investigating yourself, policing yourself, auditing yourself, is troubling,” said Sen. Heather Somers, a Republican from Groton. “And in health care, we are always evaluated by a third party, by an independent party; not evaluating your own department. So I think that would add great credibility.”

But Democrats opposed the measure, with leaders saying no money had been set aside for an outside review.

“This pandemic has played out in a very public way. The Department of Public Health, [while] going through it, has been doing some self-evaluation and is perfectly capable of doing an evaluation for us,” Abrams said.

The Republican amendment failed by a vote of 13 to 22, with one person absent.

The health care bill now heads to the House.

How To Manage the Inevitable Changes in Work and Life | by Melanie Shudofsky | May, 2021