Daily health tips for the happier Life
Trending Now
How to Overcome Burnout: 3 steps to have...
How the Exponential Power of Thanksgiving Transforms the...
Why Quitting Addictive Substances and Bad Habits is...
10 Ways To Recognize Pefectionism Within Yourself |...
Firefighter who responded to 911 call ends up...
How to Learn More From Fewer Books (Read...
This Marine dog with terminal cancer receives one...
What Happens When We Enslave Ourselves to Work?
How to Deal With The Agony Of Defeat
He Didn’t Want a Partner, He Wanted a...
Home Relax Initiator and Preceptor in Acem, Rolf Brandrud, passed away on 30 December 2020 – The Meditation Blog
Relax

Initiator and Preceptor in Acem, Rolf Brandrud, passed away on 30 December 2020 – The Meditation Blog

Words of remembrance by Acem’s founder Dr. Are Holen 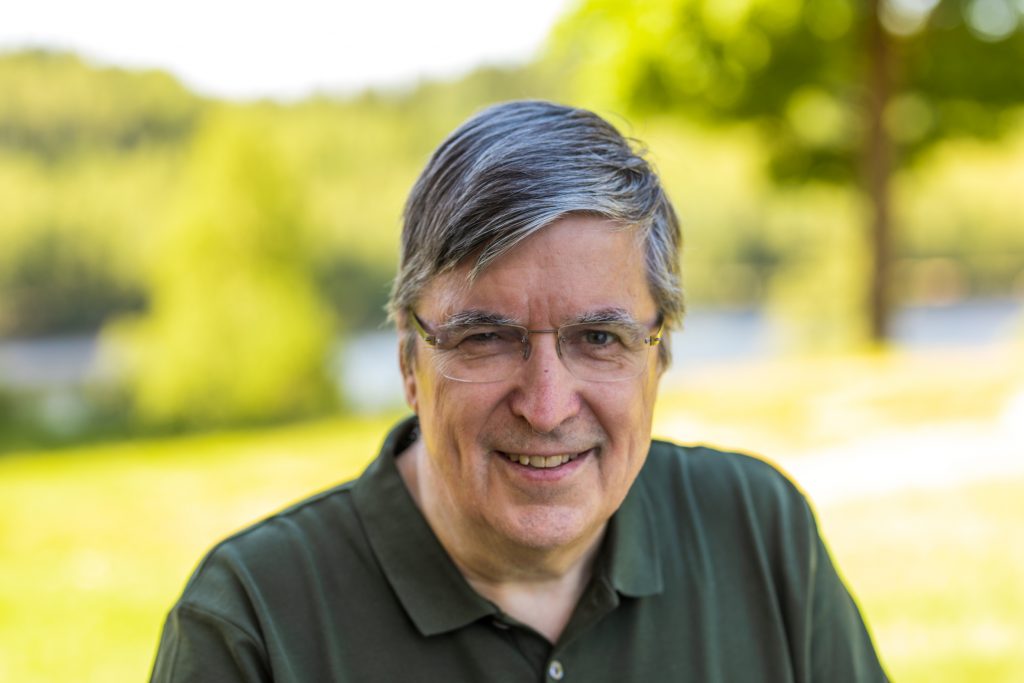 Meeting Rolf was always nice; he had a kind, warm, and friendly air about him. He was knowledgeable, interested in so many things, and he was a committed person, a good listener, and an exciting discussion partner. He was also one of those who left no hard feelings behind, but a congenial and inclusive social atmosphere.

He learned to meditate in September 1970. At that time, he was 20 years old, an alert and sensitive young man from the countryside of Norway. Quickly, he grasped the essence of this meditation and became a regular meditator right from the start. At that time, we happened to study in the same building at the Blindern campus of the University of Oslo, and one day, I met him by chance. We started talking and that turned out to be the beginning of a long, good friendship, and also, the start of an extensive, life-long commitment to our work in Acem.

He studied sociology, later history. His master’s degree was in Nordic languages and literatures. He was a gifted philologist by heart, mind and temperament. During his studies, he edited 12 volumes for one of the major Norwegian publishers of new novels and stories left behind by the Norwegian author Mikkjel Fønhus. After graduating, Rolf wrote the most comprehensive biography of Fønhus that exists to date. Based on the breadth and depth of this book, it could well have been a doctoral dissertation.

Fønhus’s books dealt with the untouched qualities of wildlife and the untamed forces of nature. His writings brought the reader in touch with a deeper sense of existence than the hectic pace of urban living; these qualities were, e.g., expressed in Trollelgen [eng.: The Troll Moose] and Det skriker fra Kverrvilljuvet [Screams from the Canyon], titles from two of his books. They spoke to something in Rolf.

Literature was always important to Rolf. No matter how we follow the lines of his life, we end up in literature with depth and reflective perspectives. Early on, as a student, he was a member of the Student Society’s book committee. A close relative of Rolf, John Brandrud, philologist, and member of the resistance movement during the World War II, was chief librarian at the university library, first in Bergen, then in Oslo. Later he received a state fellowship.

When Rolf met his Swedish spouse, Anna von Sydow, the mother of his two great daughters, Klara and Lovisa, it turned out that Anna’s father was head of the university library at Uppsala University. Some years after their divorce, Rolf entered a new relationship with Martina Gaux, a research librarian and an author. She has published seven youth novels and three plays that have been performed in Oslo.

Rolf grew up in Brumunddal in Norway. Here, he went to the primary and secondary school from 1957 to 1970 with one exception. The school year 1967–68, he spent in Seattle with the family of his father’s cousin, who ran a furniture-producing business there. At home in Brumunddal, Rolf’s father was the office manager at a lumber company, Berger Langmoen, especially known for their good parquet flooring. Rolf’s mother was a housewife and active as the chairperson of Hedmark Housewife Association.

All his life, Rolf was well connected to his home place, Brumunddal, and to members of his family in the rural Hadeland and Hedmarken. Inside this interest, there were links to qualities so clearly expressed in the books of Fønhus. In the first half of the 20th century, different mindsets stood against each other in Norway, between the values of the traditional agrarian parts of society and the emerging urbanization in the wake of the industrial revolution. Some of this tension also existed between the maternal and paternal sides of his family. This tension fascinated and occupied Rolf. For years, he thought about writing a family novel about the issue, but it never came to pass.

As already mentioned, Rolf learned to meditate in 1970. He became an Acem instructor in 1973 and an initiator in 1975 and later a preceptor. In the autumn of 1975, he was Acem’s travelling secretary for six months, and he covered the whole of Norway. Rolf was also an editor and major contributor to Acem’s cultural periodical, Dyade, from the 1990s until he died. During his final year, he produced two issues of the periodical.

In the 1980s, he was the organizer and pivotal person in arranging Acem’s exciting literary seminars at our retreat center, Skaugumåsen. The seminars were visited by Salman Rushdie from the UK before he became world famous. The Nobel Prize laureate Isaac B. Singer from the US was there, as were also Siegfried Lenz from Germany, Göran Tunström and Torgny Lindgren from Sweden, Poul Behrendt from Denmark, Stein Mehren and Tor Edvin Dahl from Norway, just to name a few.

For several years, Rolf was in charge of Acem Young’s summer retreats. There, he trained some of the future leaders of the organization. As an initiator and teacher, he was for several years responsible for the development of the organizations of Acem Denmark and Acem Sweden. Later he helped in establishing Acem Germany. Moreover, he worked for some time in the Netherlands and the US for Acem. Wherever he went, he was highly appreciated for his dedicated and sincere commitment and empathic abilities. As soon as his death became known, words of praise flowed in to Acem from abroad—about his importance on the personal level and for the Acem Meditation work. The messages came from a large number of people in Acem from Sweden, Denmark, Germany, the Netherlands, and the US.

Over time, Acem Meditation can bring a person in touch with deeper aspects of the psyche, formative experiences and unresolved issues in the personality. This can awaken wishes for understanding and processing more of oneself. Rolf was a good and empathic meditation guide when faced with challenges of this kind.

Through his and many others’ work with meditators in Germany, it became evident that the war was still lingering as an unknown, active force in the psychology and life of many Germans—even though they had not experienced the war themselves, as had their parents. At Rolf’s initiative, these meditation experiences of the post-war generation were collected and analyzed in an issue of Dyade. This issue was also translated into German. It was titled “Tyske tårer” or “Deutsche Tränen” (German tears). In addition, he began collaborating with the German author Sabine Bode, who previously had published a book on the same subject, i.e., the silent suffering of the post-war generation. Together with Rolf and Acem Germany, she gave meetings on the subject in Germany; they were well attended.

It was a pleasure to approach Rolf with any text, something you had read or written. He was able to add valuable associations, facts, and interesting references. Quickly, he saw the central perspectives and gave good, insightful comments. He himself read a lot, followed cultural currents, and had a talent for identifying emerging issues in the public discourse of contemporary society. His thoughts and remarks were not always politically correct, but very much to the point.

Rolf was employed by the Norwegian Broadcasting Corporation (NRK) from 1981 until his retirement, first as a research fellow, later as program secretary and editor-in-chief of the department for culture and arts. Over the years he worked in various radio channels within NRK. One semester, he reviewed a large number of recently published novels. Eventually, he went on to organize internal conferences that pointed the way toward the future for NRK.

A few years, he was central in arranging “Fagdagen” (Vocational Day) for all employees. Later, he started and co-led the annual European radio industry gatherings, Radiodays Europe, from 2010 to 2016. During this time, the participation rate increased from 300 to 1600 people—eventually with an influx of people from more than 60 countries.

Now Rolf has stepped out of time and the ongoing history, but still, he remains in our hearts, memories, thoughts, and meditations. In this way, we continue to appreciate his good and kind nature: his playful, light and friendly qualities. His death came without a warning. This way of dying saves the person from much pain, gradual decay, and suffering. Sudden deaths are more painful for those who live on. Many of us feel that he left us too abruptly, and too soon. Sudden deaths leave no chance for a goodbye, for rounding things off and for thanks. In our memories and thoughts, however, we follow him some distance on the road toward the dust, silence, timelessness, into the light, and toward the final oblivion.

We will always remember what was so characteristic of Rolf: his brightness, warmth, playfulness, and friendliness.

Thanks for our shared journey, Rolf. Rest in peace.

What to know after you get the vaccine