A basic income trial in Stockton, California, has concluded, and the preliminary results are in. So, what can we learn from the experiment?

For the 125 people randomly selected to take part in the trial, it probably sounded too good to be true: $500 (£360) paid into their accounts every month for two years, no strings attached.

The trial in question was the Stockton Economic Empowerment Demonstration (Seed), a two-year basic income experiment in the Californian city of Stockton. The scheme was conceived to confront two global issues that are especially acute in the city of 320,000: poverty and income inequality.

See the world from a fresh angle
Positive News magazine is the essential review of what’s going right in the world. Subscribe now to get the vibrant new April-June issue.
Subscribe

Those behind Seed wanted to prove that financial hardship results “from a lack of cash, not character”, and to challenge stereotypes about poor people that often stymie efforts to introduce policy solutions to poverty.

“We needed something bold and innovative, a programme that gets at the root cause of poverty: a lack of cash,” Seed’s director, Sukhi Samra, told Positive News. The project, she added, was a chance to imagine a fairer society that treats people who are experiencing poverty with dignity.

Those picked to receive the “hand-up, rather than handout” were drawn from neighbourhoods where household income levels were average or below for the city. The $3m (£2.15m) required to run the project was funded exclusively by philanthropic donors. Participants continued to receive existing benefits, if they were entitled to them.

An estimated 20 per cent of people in Stockton live below the poverty line. Image: Seed

Seed concluded in February and analysis of the first year has now been published. It suggests that, far from disincentivising work as naysayers said it would, people on the guaranteed income found full-time work at more than twice the rate of non-recipients. At the beginning of the trial, just 28 per cent of recipients had full-time jobs; a year later that had risen to 40 per cent. The control group saw just a five per cent increase.

Participants also reported significant improvements in mental health, fatigue levels and overall wellbeing compared to the control group. This echoed the findings of a similar trial in Finland, which was found to have significantly boosted wellbeing among participants.

Before Seed came along, I was paying a lot of bills and didn’t know how I was going to eat

So, where did Stocktonians spend the money? According to analysts, mostly on necessities such as food (37 per cent), home goods and clothes (22 per cent), utilities (11 per cent) and car costs (10 per cent). Less than 1 per cent of the income, they added, was spent on cigarettes and alcohol.

The California Globe, however, suggested that spending figures had been misreported. It claimed that some participants were actually spending the money in restaurants and on other non-essentials, unwittingly bolstering one of the main arguments for basic incomes: that they stimulate the economy.

Mekie* (main picture, above), a mother of six, who works in a warehouse in Sacramento, was among the participants. “My son wanted to go to a football camp – I was able to pay for that,” she said. “I was able to buy him some new shoes. I was able to give him money so he wouldn’t be hungry when he was at his track meet (athletics training). Things got a little easier.” 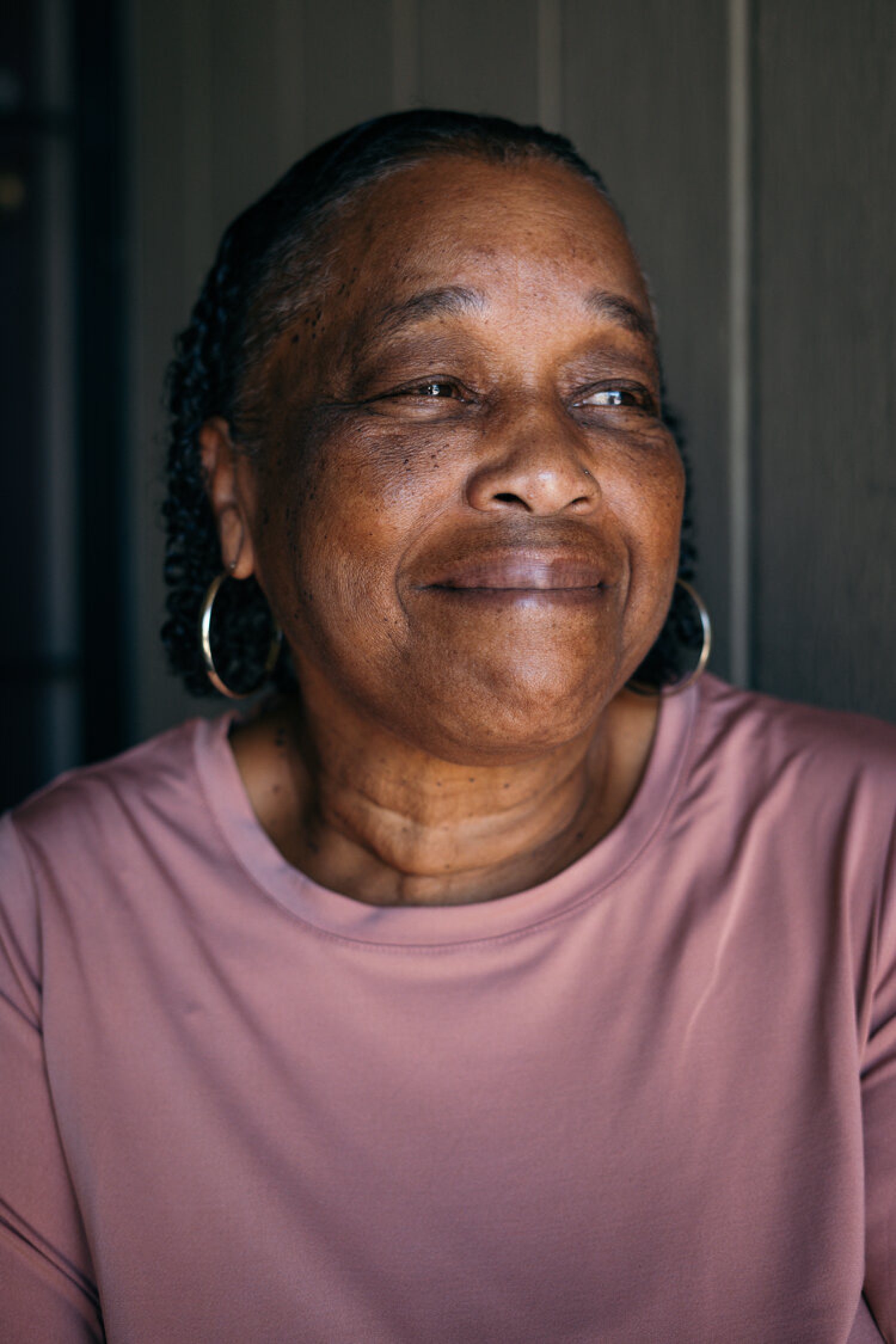 For Laura, the money was simply a matter of being able to put food on the table. Image: Seed

For other families, the income provided a safety net when unexpected expenses arose, the kind of expenses that can cripple households living close to the poverty line.

“One of our vehicles broke down,” explained Jovan (pictured below), a father of three who works in construction and received the payment. “It needed a head gasket. So that was pretty expensive and it helped to have the extra $500. [Otherwise] the car would have just been sitting until we were able to save enough to fix it. I work out of town so I wouldn’t have been able to get dropped off and [my wife] wouldn’t have been able to go to work if I have to take the [other] car.”

For some, the money was simply a matter of being able to put food on the table. “Before Seed came along, I was paying a lot of bills and didn’t know how I was going to eat,” said Laura, another participant in the programme. 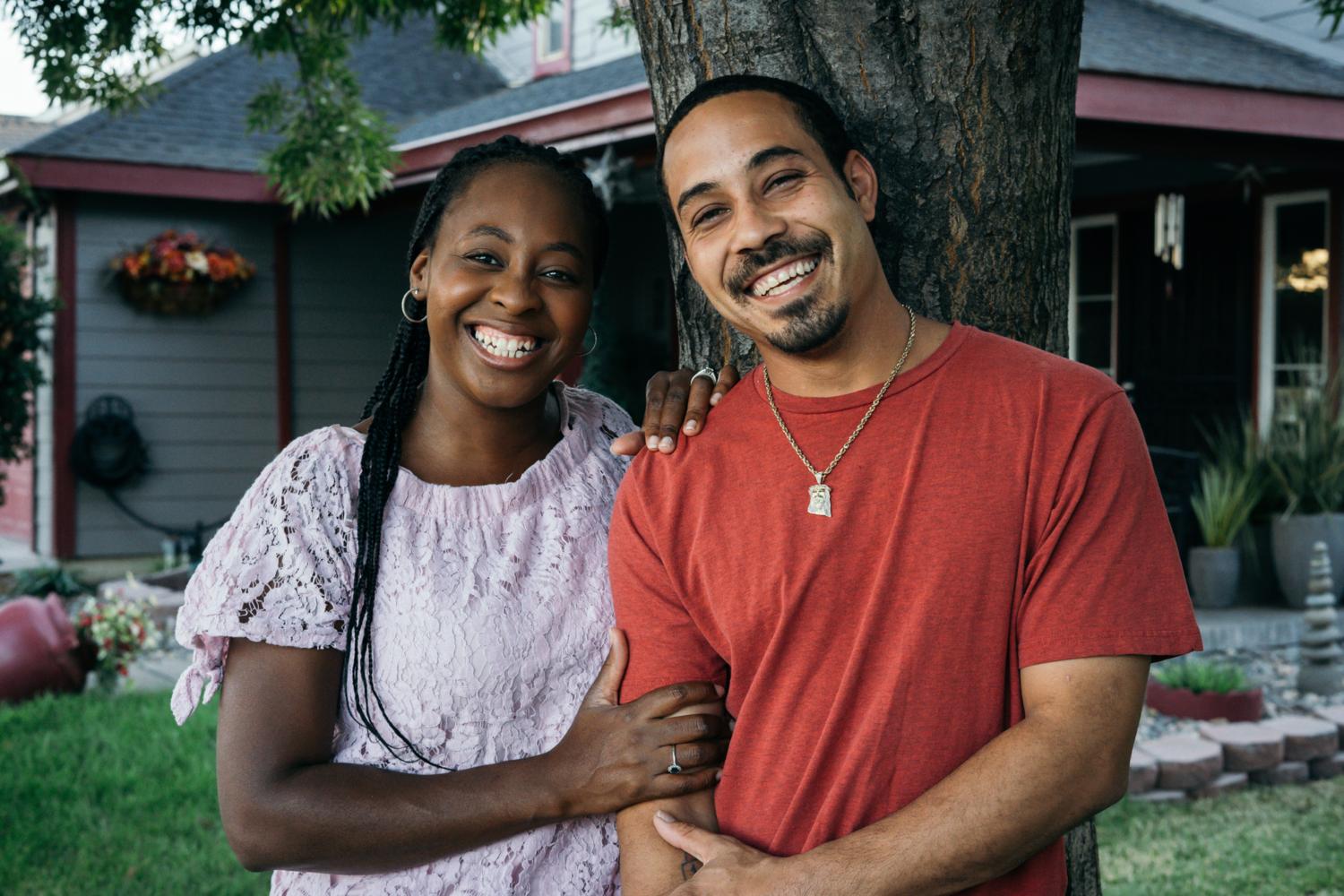 For other families, the income provided a safety net when unexpected expenses arose. Image: Seed

With furlough schemes making the concept of a guaranteed, state-backed salary seem less radical, the concept of a universal basic income has moved from the realm of utopian thinkers into mainstream discourse. In Scotland, most parties contesting the forthcoming election have come out in support of a guaranteed income for all, while in South Korea a basic income trial is being mooted for Gyeonggi province. Elsewhere, cities including Oakland, California, and Cambridge, Massachusetts, have pilots schemes in the pipeline.

The idea is not a new one. Martin Luther King was among the early advocates. “We must develop a programme that will drive the nation to a guaranteed annual income,” he said in a 1967 speech. Stephen Hawking, Elon Musk and the Dutch historian Rutger Bregman are among the more recent backers.

Unusually, the basic income concept cuts across the political divide. Supporters on the left like it because it tackles inequality and is vaguely socialist, while proponents on the right see its potential for stimulating economies by giving people more spending power. Tax rises may be needed to fund basic incomes, but with a clear link between income security and health, backers say they would partly pay for themselves by releasing pressure on social and health services.

My son wanted to go to a football camp – I was able to pay for that. Things got a little easier

However, while basic income trials like Stockton’s and Finland’s are not without merit, their scope is limited because they only focus on a small segment of society.

“To see if a universal basic income can actually work you really need to give it to everyone in a country because that’s the only way to see how it affects employment activity, the economy, etc.” explained Malcolm Torry, general manager of the Basic Income Earth Network. “Giving it to a sample group just doesn’t tell the full picture. And you need to change tax and benefits to implement a fully costed trial – and you can’t do that just in a city or borough.”

Torry points to trials in Namibia and India, where whole communities were given a basic income, as more enlightening. “They produced really interesting results,” he said, adding that economic activity rose rapidly among households. “They could afford to take some risks that they couldn’t take before – people on day labour started to think about setting up their own businesses.” 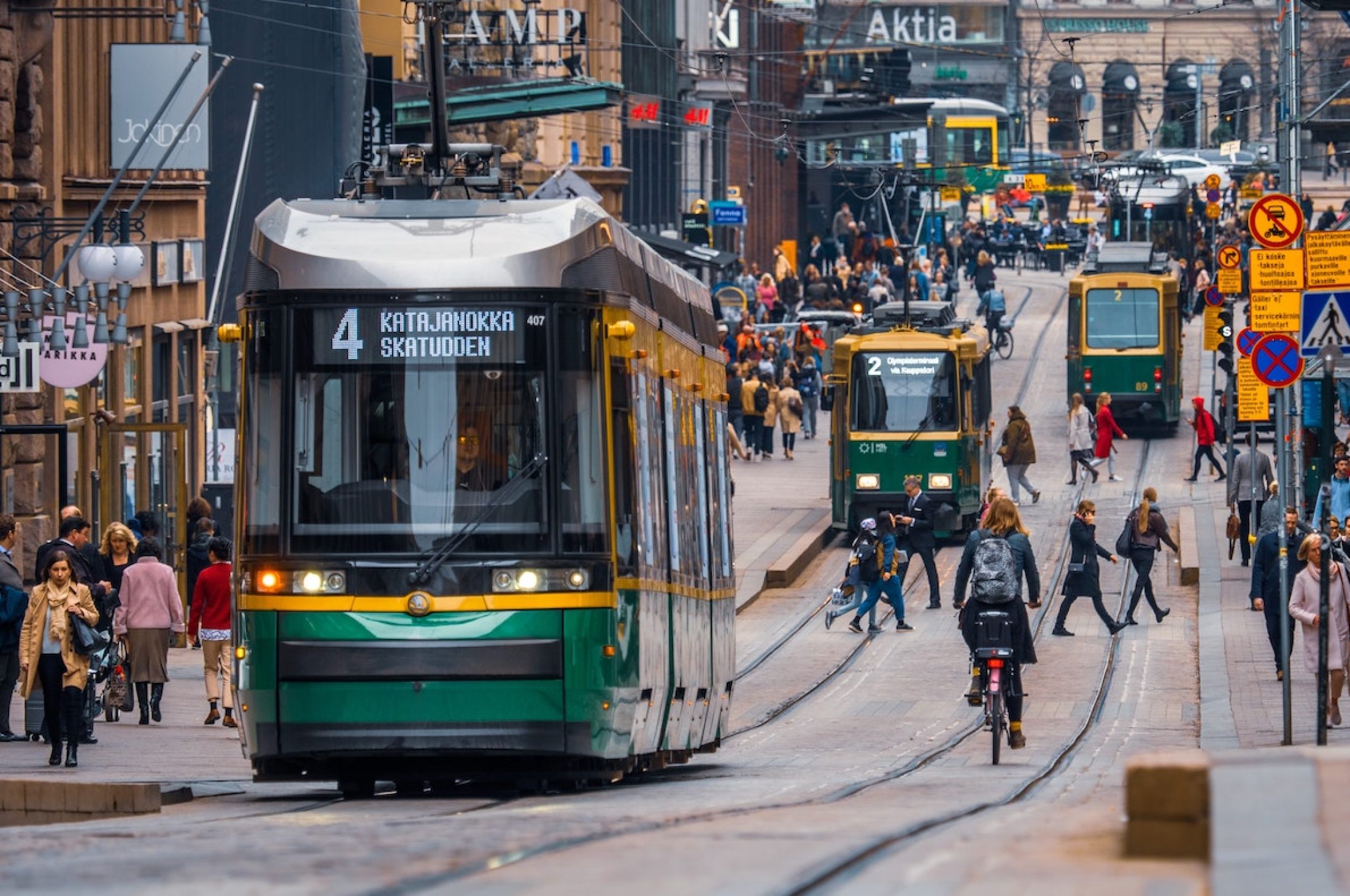 What’s needed, added Torry, is an entire country to implement a basic income; a trailblazing nation that is willing to show how it really impacts society.

That’s not to say basic income trials like Stockton’s haven’t helped move the debate on. The automation of jobs and rising number of gig economy workers has also added urgency to the discussion, and so has the coronavirus crisis (the two, of course, linked as gig economy workers have been particularly hard hit by the pandemic).

“What will start to be asked [after the pandemic] is what happens next time – this isn’t going to be the last crisis,” said Torry. “There aren’t many answers, but citizens’ basic income is one of them.”

Three basic income trials – and what they taught us 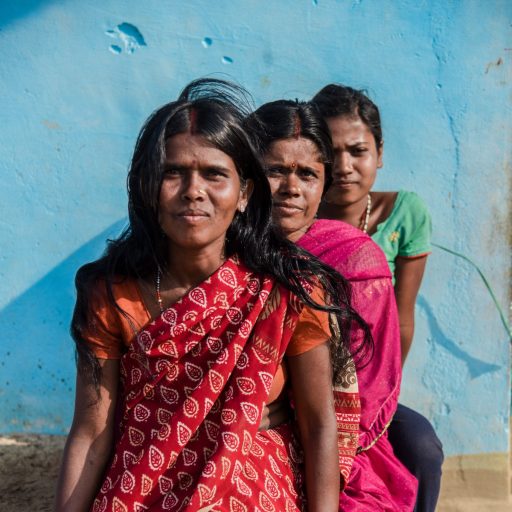 Households receiving the income reported a statistically significant increase (26 per cent) in food sufficiency after six months, compared to the control group. In basic income villages the proportion of girls with normal weight-for-age rose by 25 per cent (compared to 12 per cent in the control village).

Spending on alcohol was actually found to have fallen in the villages and participants reported lower incidence of illness. Fewer households fell into exploitative debt cycles and there was a 21 per cent growth in income-earning work. 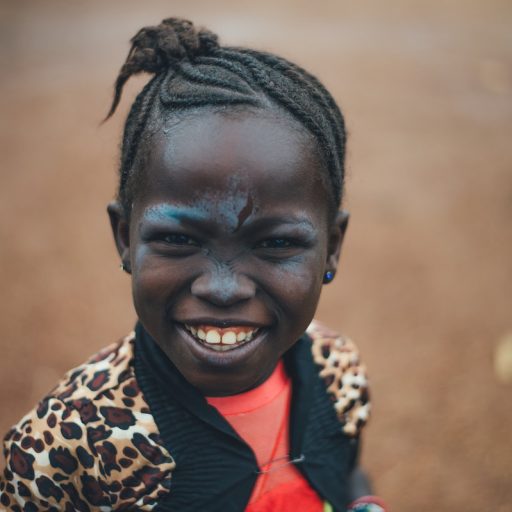 Between January 2008 and December 2009, every child and adult (excluding those receiving pensions) in Otjivero-Omitara village received N$100 (approx. £4.83) per month as part of a basic income experiment. The population of the village was then about 1,000.

Critics said the lack of a control village meant no conclusions could be drawn about the impact of the basic income, pointing out that malnutrition levels in Namibia as a whole had declined, albeit nowhere near as steeply. 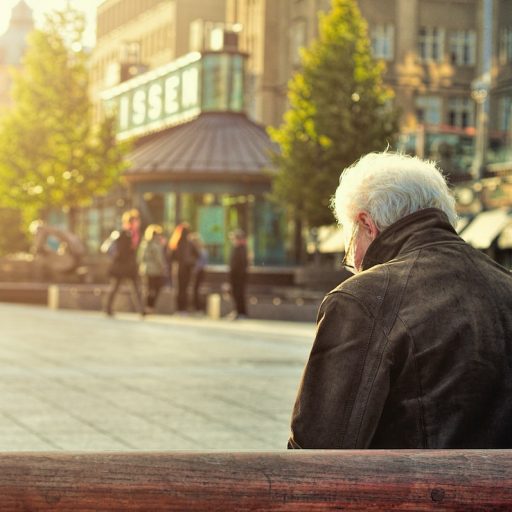 Analysis of the pilot suggests that it improved participants’ mental wellbeing, confidence and life satisfaction. Interestingly it was also have found to have increased trust of politicians. “I think politicians should look at this – it would do them good,” said Malcolm Torry, general manager of the Basic Income Earth Network.

Halfway through the experiment, however, the Finnish government changed the benefits system, impacting around half of the control group. This means it is difficult to draw conclusions about whether the basic income encouraged people into work, but analysis of the second year suggests that it did.

*The surnames of participants were not provided.

In pictures: the refugees who started a music...

How to Escape the Unproductive Guilt Trap and...

Coming of age during Covid-19: the young people...

The summit to speed up world-changing solutions

Eating Healthy Is an Act of Self Love

These custom merry-go-rounds made from old bike tires...

Why Your Bedroom Should Be a Healing Sanctuary

Can Selfies Be Used to Detect Heart Disease?

‘Airbnb for gardens’: the platform connecting growers with...

It’s Not Your Fault You Feel So Overwhelmed:...