Daily health tips for the happier Life
Trending Now
How to Overcome Burnout: 3 steps to have...
How the Exponential Power of Thanksgiving Transforms the...
Why Quitting Addictive Substances and Bad Habits is...
10 Ways To Recognize Pefectionism Within Yourself |...
Firefighter who responded to 911 call ends up...
How to Learn More From Fewer Books (Read...
This Marine dog with terminal cancer receives one...
What Happens When We Enslave Ourselves to Work?
How to Deal With The Agony Of Defeat
He Didn’t Want a Partner, He Wanted a...
Home Think positive thoughts The music studio for young people experiencing homelessness
Think positive thoughts

When he spotted a neglected piano during lockdown, a handyman at a centre for young people at risk of homelessness vowed to nurture their passion for music

It was at the end of 2019 that Manwell Wilson started working as a handyman at a homelessness centre for young people in London, run by charity Evolve Housing and Support.

Being a former singer, one of the first things that caught his attention was the interest that the young adults had in music. “I noticed whenever I walked past a person’s room there was music playing. Some of the guys were rapping, others were singing but someone was always doing something musical,” says Wilson, who is better known in the centre as Manny.

“Music is such a great medium to help and support people when it comes to mental wellness and I thought this was a great opportunity to do something lifechanging.”

He had spotted a broken and out-of-tune piano in the rec room of the centre in Stockwell, south London. Pushed against a wall, it was largely ignored in favour of the nearby punching bag, pool table and ping-pong table. But it captured his attention and over the next few months, he made it his mission to restore it.

“I bought a tuning kit, taught myself how to tune the piano and fixed the broken parts. I got it to work as best as I could, and it started to attract people,” says Wilson. “Before the pandemic I would sit down and play music on my break. People would join me and ask me questions: it was great to see people wanting to get involved and it started to bring people out of the isolation of their rooms.”

After a while, Wilson decided to buy a secondhand electronic keyboard and brought that to the centre too. More and more of the young people began to flock to the music sessions.

“I started to give lessons to a few individuals and in the next few months people began playing the piano as if they had been playing it for years. They had a real natural talent,” he says.

By the beginning of 2020, the project was set to formally expand with counsellors and other colleagues joining to support those that were interested. Support workers and counsellors saw the impact music was having on these young minds and wanted to develop it.

“A lot of these kids have been through impossible experiences in their life; in some cases, trauma. Having a musical outlet has allowed them to talk about things you wouldn’t believe. They’ve opened up about their life stories and how the music is helping them.”

But in March 2020, things took an unexpected turn when England entered its first national lockdown. The difficult decision was made to put the project on hold and to temporarily close social spaces to limit interactions. Wilson got thinking about a new way to move the project forward. He decided to create a recording studio. 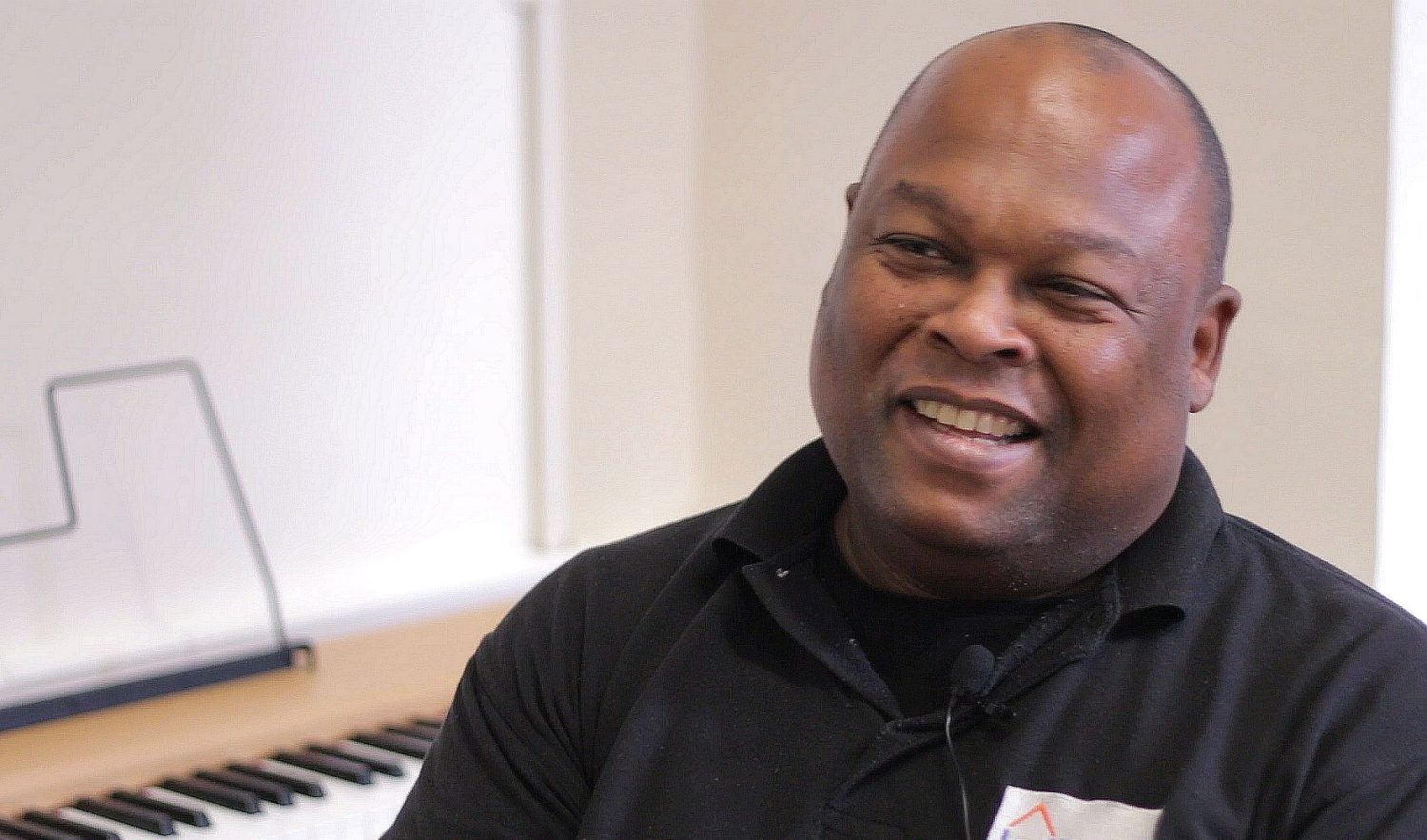 ‘Having a musical outlet has allowed them to talk about things you wouldn’t believe,’ says Wilson

“We only had a few pieces of equipment in the beginning: an electronic keyboard, electronic drum kit and a few amps, but I knew we needed more for when lockdown ended. I envisioned a shared space, where people could come and express their creativity together, but for that we needed a better space. We had been using a portion of the rec room, but we needed a specific place that was free from interruptions and that we could soundproof.”

In the end, space was found in a staff room. Now Wilson and his colleague Glen plan to make the room fully soundproofed. “What I am most excited for is the young people decorating the room and making it their own, when it is safe to do so. I want it to feel like they’re at home when they enter the studio. I want them to get involved with every aspect of it, so they feel like it belongs to them.”

I bought a tuning kit and taught myself how to tune the piano. I got it to work as best as I could, and it started to attract people

During the third lockdown, he and the young people have kept in touch to design and plan the studio layout. The next hurdle is sourcing equipment.

“We don’t have any laptops, audio interfaces, mics, guitars or midi controllers,” says Wilson. There are people here who have their own YouTube channels, Soundcloud accounts and music videos and I want to get the studio in as best a shape as it can be, so I can support these young people with their future musical careers. That’s the vision. It’s important for them to have hope.”

Anyone interested in donating instruments and equipment, or in helping to fund the project can email organisers on communications@evolvehousing.org.uk

Initiator and Preceptor in Acem, Rolf Brandrud, passed away on 30 December 2020 – The Meditation Blog

A Complete Guide to Reorganizing Your Year Into 24 Jeolgi Challenges | by Mathias Barra | Better Humans | Feb, 2021