Daily health tips for the happier Life
Trending Now
How to Overcome Burnout: 3 steps to have...
How the Exponential Power of Thanksgiving Transforms the...
Why Quitting Addictive Substances and Bad Habits is...
10 Ways To Recognize Pefectionism Within Yourself |...
Firefighter who responded to 911 call ends up...
How to Learn More From Fewer Books (Read...
This Marine dog with terminal cancer receives one...
What Happens When We Enslave Ourselves to Work?
How to Deal With The Agony Of Defeat
He Didn’t Want a Partner, He Wanted a...
Home Relax When People Say “We Are One”, What Are They Talking About?
Relax

When People Say “We Are One”, What Are They Talking About? 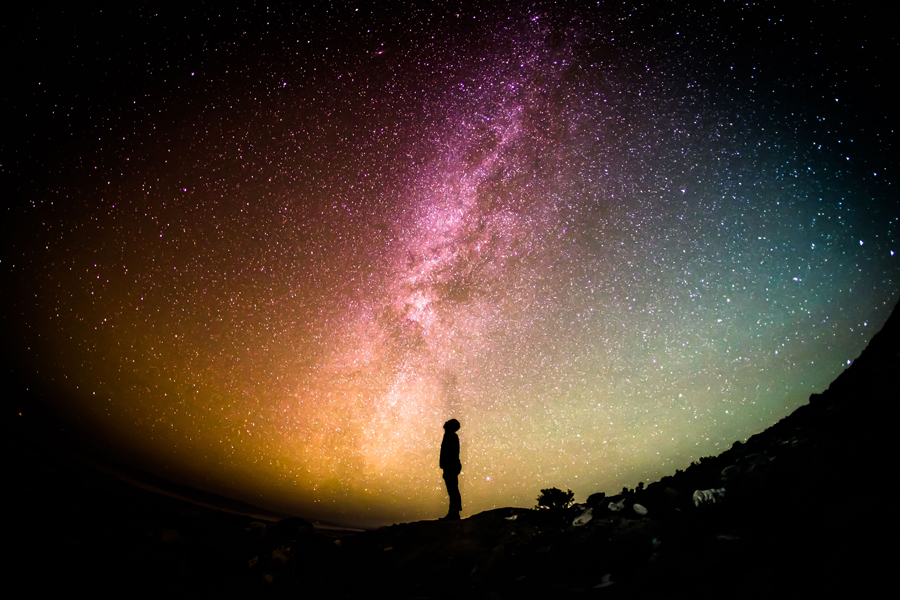 I entered onto the spiritual path in earnest at a time when the profound esoteric wisdom of the East was being pursued earnestly in many circles.

Some of us decided to pursue awakening and enlightenment with single pointed dedication. We lived in communities, did extreme amounts of practices, traveled to India, spent time with teachers and read sacred texts.

Revisiting the Roots of Awakening

Lately I feel myself called back to these roots and the radical spirit of discovery that were embodied there. I wrote this essay because I feel called to express my understanding and experience of the esoteric traditions of the East as clearly as I can.

My spiritual training occurred within the Hindu tradition of Advaita Vedanta and specifically in the lineage of the great Indian sage Ramana Maharshi.

Most simply we could say that spiritual liberation means freedom from the limitations of the small self into the direct recognition of the self absolute or big self.

It is as another great Indian sage Nisargadatta described it, the recognition of ”I am That.”

This means that it is the recognition that behind all of our ideas of self there is nothing but pure consciousness – a source of awareness that is not bound to any perceiving entity.

The Limits of a Materialistic Worldview

We live in a deeply materialistic age and our belief in our own material existence is so unquestionable that it is all but impossible to break the spell of solidity and come into a direct recognition of our own true nature as a free-floating locus of awareness that is the source of everything.

Because our language is built on the assumption of separation it doesn’t lend itself well to communicating non-dual reality.

What Is A Consciousness-Based Worldview?

The non-dual view is the recognition of oneness, of being one without a second, it is the direct realization that conscious awareness is all there is.

Everything that we experience, including ourselves, is part of a virtual experience of reality that is generated by pure consciousness.

The statement above may not seem shocking to you. Perhaps you’ve heard similar things before and find it easy to understand and accept.

Still, it will help us to move slowly here, remembering that understanding and acceptance of a spiritual truth is not the same as experiencing it.

Understanding and acceptance are a distant second place from the ultimate prize of being swept up in the direct recognition of our own non-existence as a separate self and the impossible perception of pure consciousness.

The language of virtual reality is helpful because it points to the fact that everything we see and experience as real is simply a perceptual construct – an experience of things that do not exist.

The language of virtual reality is also problematic because most of us will assume that the illusion of reality is being generated in our own mind, or in our brain.

But our experience of mind and brain is also part of the virtual reality. They don’t exist to have an experience.

In non-dual teachings we learn that the whole of reality is a dream without a dreamer.

Look around you. I am here in my favorite coffee shop. I am seeing baristas and customers. I smell coffee and I see the bricks on the wall in front of me.

Everything appears to exist in space and about an hour of time has passed since I first sat down here.

None of this is real in the way I’ve been trained to think of it. None of it has an existence independent of my experience of it. I am not seeing baristas and customers.

The world and everything in it is a collection of experiences that we assume are experiences of real things being had by a real experiencer, but they aren’t. They are pure experiences.

Reality is timeless, spaceless and empty. It has no thickness or depth. It has no future and no past. It simply is.

It is an elaborate and meticulously constructed sense of being a separate conscious entity existing in a vast universe of time and space.

If we are fortunate enough to disappear into this experience of absolute being we will never be the same again.

We may live in similar ways, but we are no longer fooled by the appearance of the world of separation. As useful as it may be to relate to the world of time and space and separate beings as real, deep down we know it is not.

When we meet someone we may talk to them as if they are over there in that body and we are over here in this one, but we know we are one.

There are not two beings interacting. There is one consciousness that has created the experience of separation by generating the illusion of two entities so that it could have the glorious experience of meeting and relating with another.

Can you let go of your sense of self so deeply that you become the only consciousness there is?