Daily health tips for the happier Life
Trending Now
How to Overcome Burnout: 3 steps to have...
How the Exponential Power of Thanksgiving Transforms the...
Why Quitting Addictive Substances and Bad Habits is...
10 Ways To Recognize Pefectionism Within Yourself |...
Firefighter who responded to 911 call ends up...
How to Learn More From Fewer Books (Read...
This Marine dog with terminal cancer receives one...
What Happens When We Enslave Ourselves to Work?
How to Deal With The Agony Of Defeat
He Didn’t Want a Partner, He Wanted a...
Home Think positive thoughts Working with the Seasons and Cycles in Your Business
Think positive thoughts

Working with the Seasons and Cycles in Your Business


In the western working world, it still seems to be the norm to work all hours, be available at the drop of a hat and prioritise work over everything else. Now, I know things are changing especially in these times, and there are of course exceptions, but in my opinion, we are still tied to this very masculine way of working, which has dominated for so long.

When I worked full time and had to be ‘on’ at all times if it was a working day and I wasn’t on leave, I really struggled with this. I thought something was wrong with me as I found my energy levels lowering towards the end of the day (I am definitely a morning person), not wanting to talk to anyone around my menstrual cycle and feeling it much harder to motivate myself in the wintertime.

I wondered why I couldn’t be productive at all times like it seemed everyone else was.

I realised later it wasn’t just me, so many of us gave the impression of being on all the time as that was the expectation.

I would go through contrasting phases of numbing myself in multiple ways in an effort to ignore what I was truly feeling, or I would eat sugary foods to stimulate myself and give me more energy to get things done if I was feeling tired. Then there would be times when I would eat well and exercise and would feel better overall and be able to keep up slightly more, but I still found myself unable to be ‘on’ all the time.

When I began working fully for myself – on my own business and mainly virtually for my part time and freelance work, I tried to do it that way to begin with. If I wasn’t doing something, I would feel guilty and would make myself find something. I continued to see every day of the year as the same, every day in a month and a day as a time to be productive and doing something. But being more in control of my own time I began to see that even though I thought I wanted to work in this way, I was actually not achieving more, I was making myself feel tired and all over the place and it didn’t feel right to be doing this as a wellness coach – for my message or for walking my talk.

So, I began to unpick it even more.

It led me on a journey, which subsequently linked into my wellness business, of the seasons and cycles and how it is completely un-natural to be switched on and at your best all of the time. What felt so intuitive to me was in fact proven biologically and was fundamental to ancient healing systems such as Ayurveda.

Coming from the equator the seasonal shifts in a year had already been such a shock to me and I knew how much I was affected by the winter. So, as I had begun to look after myself slightly differently in each season of the year, I was inspired to approach how I worked in each season of the year differently too. It wasn’t that easy to begin with, as for example there is still a ‘go-go-go’ approach in January, even though it is the middle of winter in the northern hemisphere, but I started to make small changes that honoured my needs, which in turn supported my business.

Some of these changes were working shorter hours in the winter and more in the morning when it was light. I stopped feeling so guilty if I needed a nap at 3pm in the afternoon and let myself do what my body needed rather than caffeinating and pushing through. I allowed myself to take more time off for rest and nourishment in the winter months and didn’t do as much networking as I felt less outward. Over time I stopped launching things in the dead of winter and waited until the energy was rising, which lead me to see my business year more in tune with a spring start than a January one, so I began to follow that rhythm.

I also began tracking my menstrual cycle, which totally tied into the seasons of the year on a micro level. (As an aside if you don’t menstruate, this won’t apply to you physically – but if you work with women who this applies to, I think it’s great to be aware of. It also fosters an inclusive vibe and overall more gentle approach to working). This is something I had always been acutely aware of, I have written down the monthly start date of every period since my first one all those years ago, so there must have been a deep knowing inside me that knew the power of it. But this time I began to track daily throughout my cycle how I felt emotionally, physically, energetically, creatively and intuitively. I also began to take note of things that might affect my cycle such as how much sleep I was getting and what I was eating and drinking.

This awareness of myself has changed over time, as I have grown and evolved, but what I learned overall is that I am able to be super productive towards the middle of my cycle when I ovulate. I am quite happy being visible in my business at this time too. I also need less sleep and feel on top of my game. So if I schedule in a few too many calls I won’t feel too bad at this part.

However, as I near my menstruation I need to start being more inward. I can’t have too many calls in the diary, or I begin to feel overwhelmed, wired and tired. I am more intuitive and able to connect to my vision more clearly in this phase, so it’s great for reflective journaling and getting ideas down. I am also creative in this part of my cycle so need to block out space for this, which is also one of my biggest forms of nourishment for myself.

Learning these things about myself and how I can use them in my business has been such a magical experience and one that the old paradigm way of working simply doesn’t allow for.

It took time, which we often don’t have in the working world, and an understanding that it is constantly evolving. When I first started tracking my cycle, I would still book in calls on the days when I wanted to curl up in bed. I would pop a pain killer and push through. Now I simply don’t. I block out that time at the beginning of each cycle (as I am able to roughly see when it will be on a monthly basis) and honour the strengths of each part of my cycle as much as possible. It has been so liberating for me personally to take control in this fluid way, and such an affirmation and acceptance of myself as a woman in business who, yes, is cyclical and has needs that vary.

If you don’t menstruate you can always use the moon cycle and chart what comes up for you in each phase of the moon. There are of course other cycles and seasons in our lives which we can use and let lead us in our businesses and lives, and I know many empathpreneurs do. Some of these are the planetary cycles – I know for example some people who will not do certain things during mercury retrograde. You might look at your circadian rhythm and what times of the day you work best, particularly if you are a man, as you are more attuned to this 24 hour cycle. 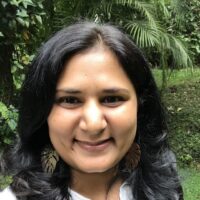 Tara Jackson is a business intuitive and mentor, Colour Mirrors alchemist, and the founder of Empathpreneurs®, a business service for empath entrepreneurs supporting them to align and ground their businesses with the chakras. As well as looking at the practical elements of running an online business from systems and processes to PR and marketing, done in a way to honor the needs of sensitive souls, she also supports her clients to clear and release blocks to business impact and success through ancestral and past life healing, and colour therapy. You can download your own PDF guide and template to begin tracking your seasons and cycles alongside your business at www.empathpreneurs.org/resources.

Health issues much in mind as Holcomb sets ’21 agenda | Opinion